Of chance and wonderful meetings

A borgo is a very, very small town or fraction (frazione) of a town and Borgo Santa Giuliana has got to be one of Umbria’s most special ones. So far off the beaten path one needs to be told about it but then one needs to know someone who lives there to actually be let in. How did I get invited? Well, fate works in mysterious ways.

Now I don’t get to write sentences like that very often but this one is absolutely true.

I was contacted by Shelia Tabakoff who just so happens to be the only full-time resident — out of a possible 9 homeowners — in this amazing medieval castle of a town. Shelia had found me online while she was doing research for a Saints of Umbria tour when she discovered I was already doing one. She wrote, we talked, I invited her to Easter dinner, and we became fast friends.

Then Shelia invited me to visit her and I said I would the next chance I got.  Even the getting lost (twice) along the way did not tarnish the glow of her castle nestled in the hills somewhere near Umbertide on that road past the badia. The white road (unpaved road) was treacherous on a dry day and I could only imagine it in snow. This woman was brave to say the least. Finally, up and down, and sideswiping craters, I arrived at her gate and was blown away with how beautiful it was.

There before me was a completely walled village with watch towers, bell tower, and wooden gate to keep out intruders. A lone Panda, covered in dust, was parked off to the side. I rang the bell and soon came the woo hooing call of Shelia as she bounded down the steps to let me in. (Yes, at 70 she can still bound.)

Shelia took me around and told me the story – you’ll hear it yourself when you come — of how she joined a band of young expats who bought the whole town in 1972 and how they restored it. (Included are stories about getting the well to function, the years before electricity was brought in, and the day the internet arrived.) It’s a grand tale of a fabulous adventure. One most could only dare to dream. 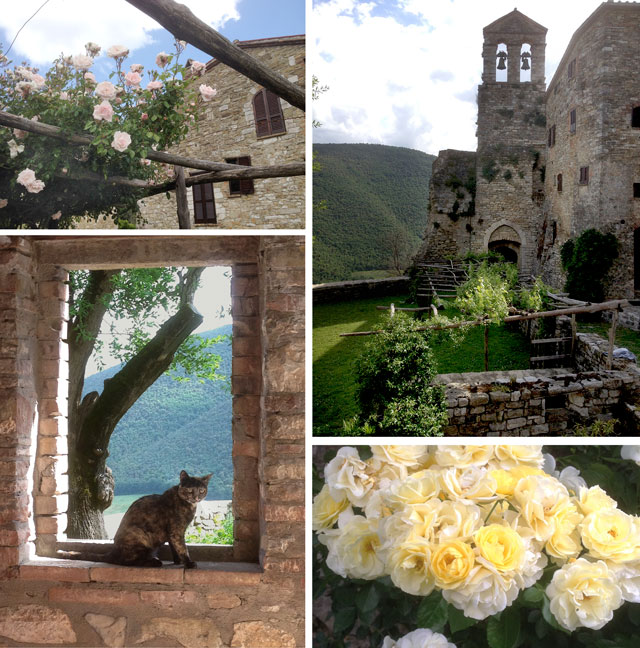 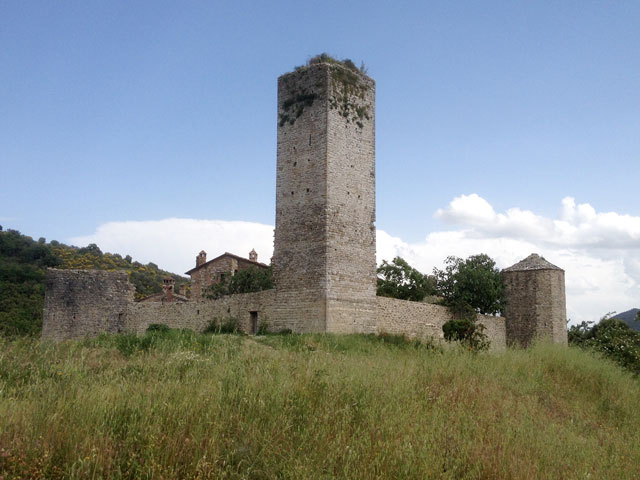