While most guide books of Umbria barely mention Bettona, it’s really because they have not spent any time here and fallen under its spell. I too had not heard of it before a friend told me about an abandoned palazzo that needed saving. I came to have a look and was completely captivated. So much so, I bought it and turned it a business – aWeekinUmbria.com and, more importantly, into a home.

While the town is beautiful, perfectly situated close to highways and the cities of Perugia and Assisi, I’d have to say the most wonderful thing about Bettona is it’s people — the Bettonese.

They’ve welcomed me (and the dogs) into their community and made me truly feel one of them. I could not have asked for anything more.

Bettona is Etruscan and has the distinction of being the only Etruscan settlement east of the Tiber. It is also sometimes referred to as the Etruscan Balcony for its position on the Spoleto Valley with an extraordinary view toward Assisi. It later became a Roman town, a medieval Comune, a ward of the Papal States, and finally, with unification, a free Comune. Although there are traces of the Etruscans in part of the walls of the town and evidence of Roman forum, most of the town dates back to after its destruction in 1352. 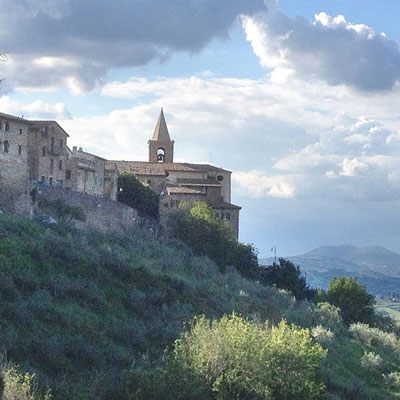 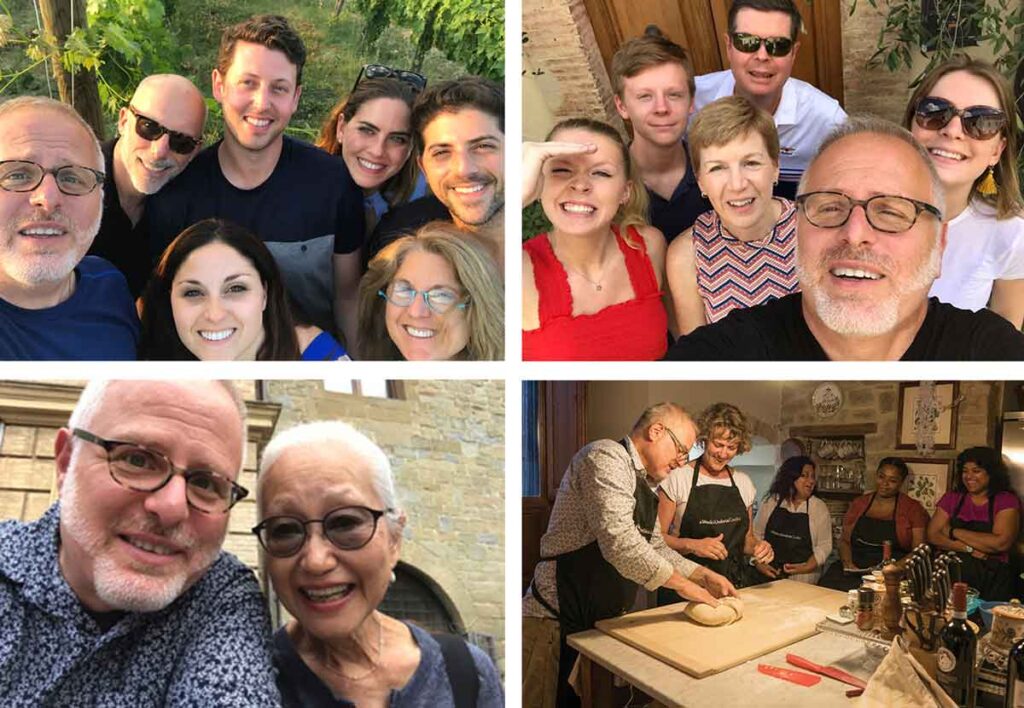 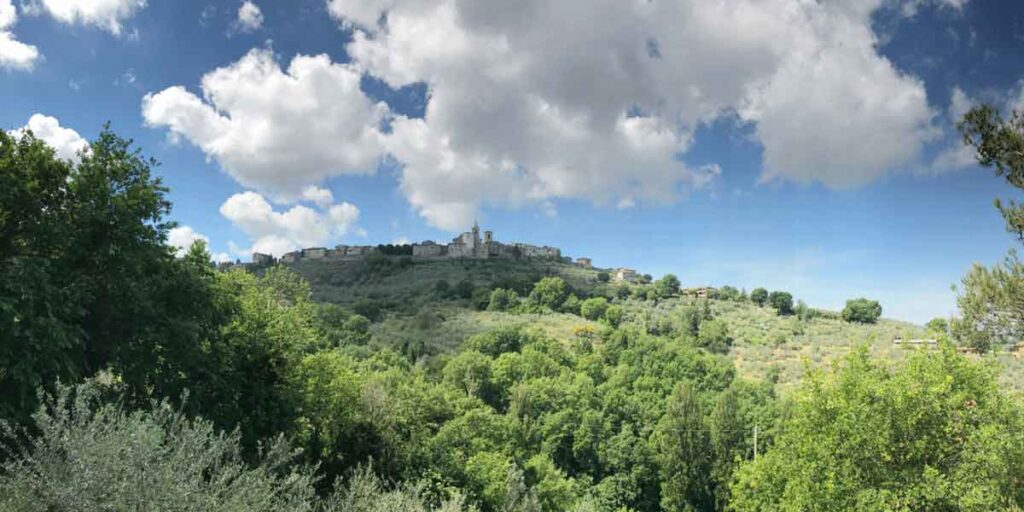 Bettona had for centuries been a Guelph stronghold (supporting the Popes) but made an unfortunate alliance with the Ghibillines (represented by Perugia). The warring led to a brutal siege resulting in the surrender and destruction of the town leaving it under Papal control. Over the next 3 or more centuries, the town was administered through various Papally installed magistrates or podestas. Often from a well know Baglioni family, their name still known in town and the region (Pinturicchio’s Baglioni chapel in Spello). It remained part of the Papal States until unification in 1861.

Today we are known for our circuit of intact walls that incorporate parts of the ancient Etruscan fortifications. The hills surrounding Bettona are still covered with olive trees as they have been for centuries and most families have enough trees to supply them with oil for the entire year. When I found the palazzo it had been abandoned for over 40 years. It had been owned by Count Guiseppe Fiumi who’s family owned most of the surrounding olive groves. When I bought the palazzo there were still the remains of a mulino (olive mill), presses, and stable on the ground floor. You will see evidence of the palazzo’s former life when you come.

For automobiles, we’re a one way town. As such, there is a main entrance at the Porta Santa Catarina (V. Emanuele) and an exit at the Porta Roma. There are 2 pedestrian stairs on the sides of the town as well. We have a lovely town museum with 2 Peruginos as well as many paintings that were collected from the various churches and monasteries of the Comune. Angela, who speaks perfect English, will put you at ease and tell you everything about the collection.

The Facts: the town is 353 meters (1,158ft) above sea level and measures 45 square kilometers (17 sq miles). The Comune of Bettona is comprised of Bettona proper (within the walls an immediately surrounding), Colle, Passaggio, and Cerreto. About 350 people live within the walls and about 4,000 total, in the Comune.

PARKING: Parking within the walls of Bettona is for residents only. Once you’ve dropped off your bags at Palazzo Fiumi-LaPlaca you will need to go and park outside the walls. On your handheld, click View larger map for directions. This parking is directly below the windows of the palazzo. Once parked, simple walk to your right, around the bend, into the back gate to town (Porta Romana), pass the first street on your right (Largo del Pericolo), and turn right into the next piazza (Piazza Preziotti). The palazzo is at number 4.