But to see it functioning, one needs to make sure you arrive between 11am and 1pm or 4pm to 6pm when the falls are flowing. (There is an entrance fee that allows you to explore the park around the falls. There is also a rather steep climb to an observatory near the top of the falls.) The rest of the time the water is diverted to the Galleto hydroelectric power plant (1929).

The falls were created in 271BC by the Roman consul Manlius Curius Dentatus to drain the wetlands that were fed by the Velino river. In ancient times it was thought that stagnant water caused malaria — mal = bad, aria = air — literally bad air. It was the consul who ordered the first canal to divert the waters off the natural cliff at Marmore. Over the years, the often contentious diversion led to flooding of the Nera river below as well as nearby Terni. Attempts at resolution were mediated by various Popes who ruled Umbria as part of the Papal States, leading to other canals — the Gregorian Trench, 1422; the Pauline Trench, 1545; the Clementine Trench, 1598. Finally the Pauline Trench of 1787 pretty much fixed the problem. The industrialization of Terni at the end of the 19th century saw the water diverted for use in the steel plants eventually necessitating the construction of the hydroelectric plant. 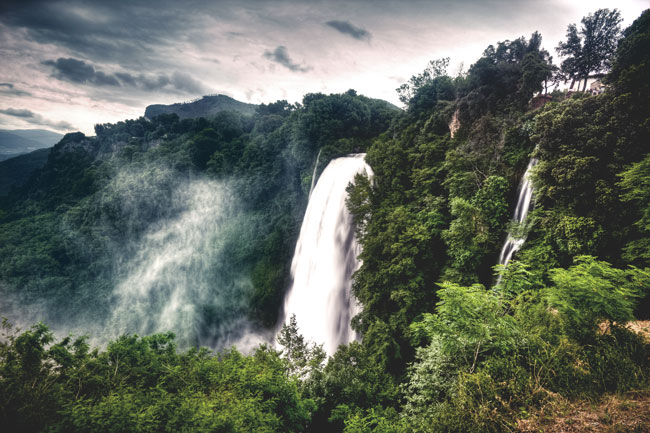 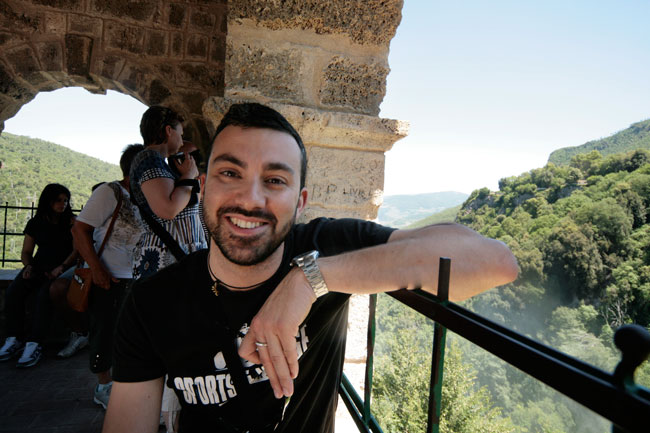 PARKING: The falls are about an hour by car from Bettona, This is the main parking lot and the best place to park. Keep in mind the falls do not run all the time.