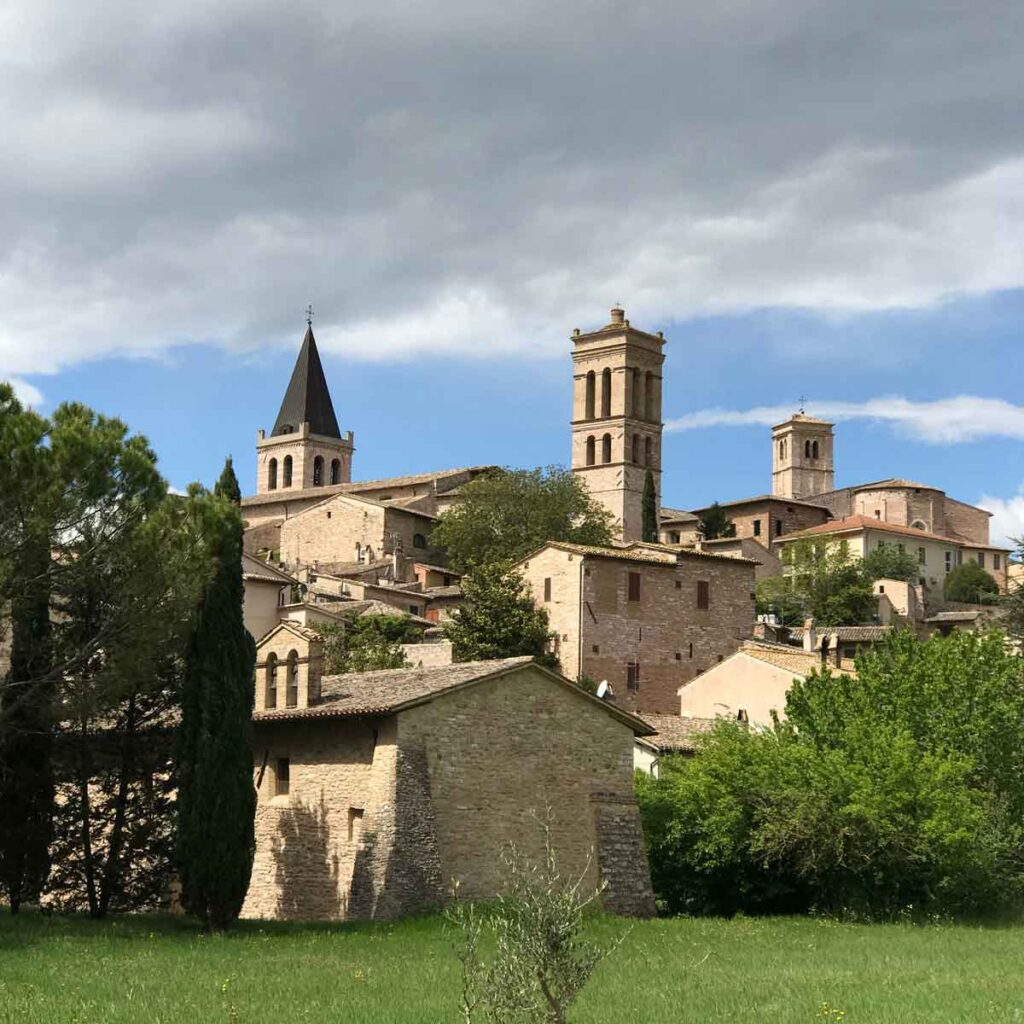 From the eastern windows of Palazzo Fiumi-LaPlaca one looks out over the Spoleto Valley. Straight ahead is Assisi and to the left, beyond the monastery of San Antonio and Bettona’s cemetery, one can see Spello on its hill on the southern flank of Mount Subasio, just in front of the break in the Apennines. It is another perfect Umbrian hill town.

This popular town has a decidedly medieval aspect, and is enclosed in a circuit of medieval walls built over Roman foundations. There are three interesting Late Roman gates (Porta Consolare, Porta di Venere and the Arch of Augustus) and evidence of three more, an amphitheater, as well as medieval gates.

There are two churches, both on the steep main street, that should be on everyone’s list of must sees in Umbria. The first being Santa Maria Maggiore. It was probably built over a Roman temple and its façade has a Romanesque portal and carved pilasters around the entry.

The highlight of the church is Pinturicchio’s Baglioni Chapel with a fresco cycle including the Annunciation, the Nativity and the Dispute with the Doctors, plus four Sibyls in the vault.  It was painted from the summer of 1500 to the Spring of 1501 and gratefully was not touched during the 18th-century restoration of the church. Of the same period is the Romanesque ciborium (baldacchino) over the altar.

There are also two frescoes by Perugino on the pillars on either side of the altar but the Pinturicchio is what you came for. It’s worth the fee to get to go in and get up close to them. And while we’re talking Pinturicchio, there is another beautiful painting in the church of San Andrea, just a short distance up the hill. 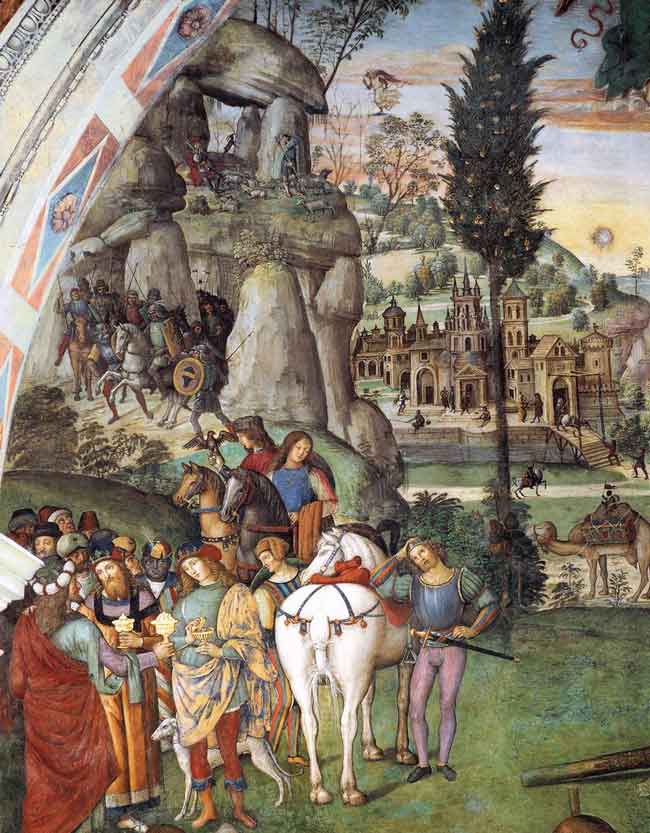 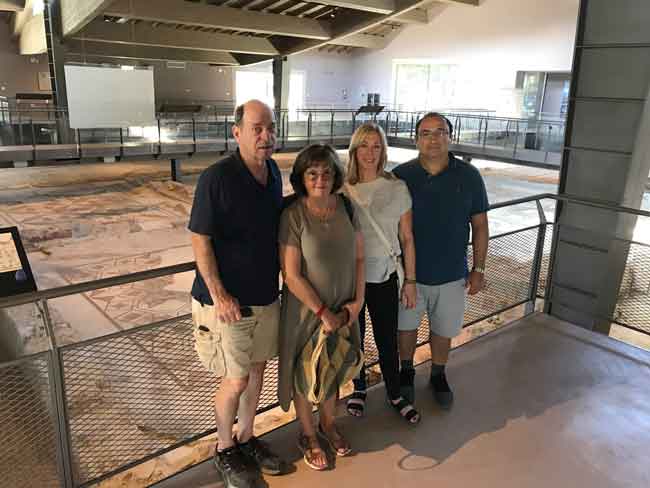 It’s not often that new museums open but this wonderful museum is the result of a six year effort to excavate and restore a First-Century AD Roman villa discovered in the parking lot just outside the north walls of the town during resurfacing. The villa boasts the mosaic pavements in 11 rooms that represent two thirds of this most impressive residence. It is well worth the visit.

Spello is famous for its spectacular annual flower festival that fills the streets with ephemeral flower petal paintings to celebrate the feast of Corpus Domini. Locals, organized in civic groups spend the entire night prior to the festival creating intricate “paintings” made of flower petals. It is an extraordinary sight. I recommend arriving between 7 and 8am, like I do, as the teams are unveiling their masterpieces. These works of ephemeral art do not survive long. After the noon mass, the priest and procession will walk down the hill destroying the art work. The symbolism of the fragility of earthly life is not lost on this feast of the Body of Christ. 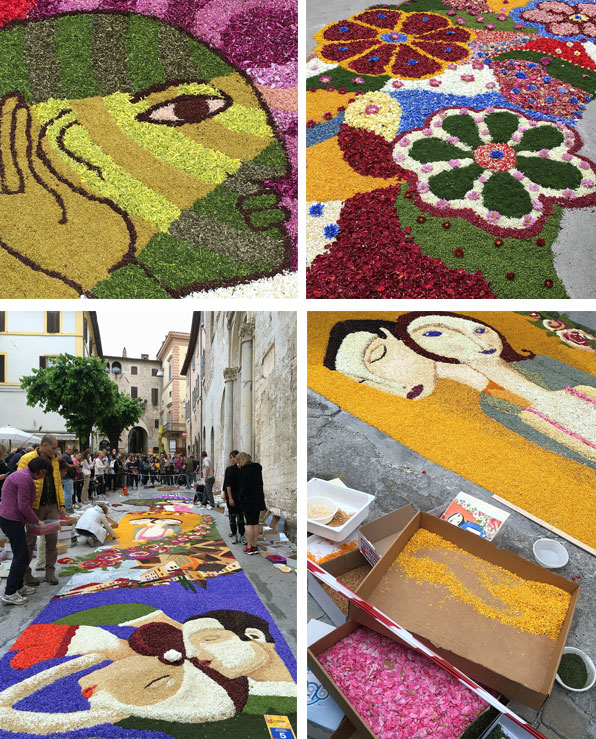 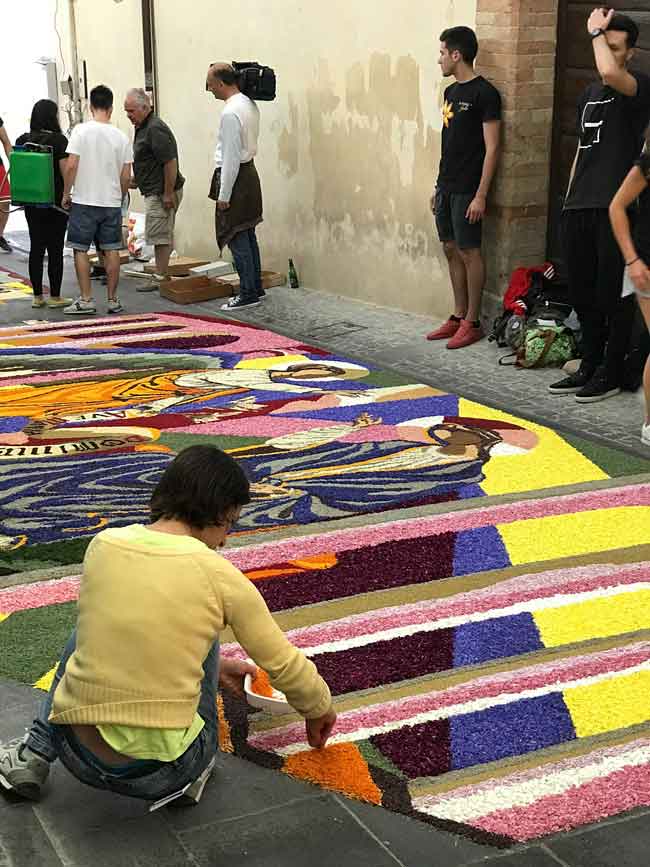 This popular town has a decidedly medieval aspect, and is enclosed in a circuit of medieval walls built over Roman foundations. There are three interesting Late Roman gates (Porta Consolare, Porta di Venere and the Arch of Augustus) and evidence of three more, an amphitheater, as well as medieval gates.

Outside of Spello, just a little farther north up the road that runs parallel to the highway is the wonderful Villa Fidelia. While the villa itself is open only for private or specially programed events, the gardens are open to the public and well worth the stop. 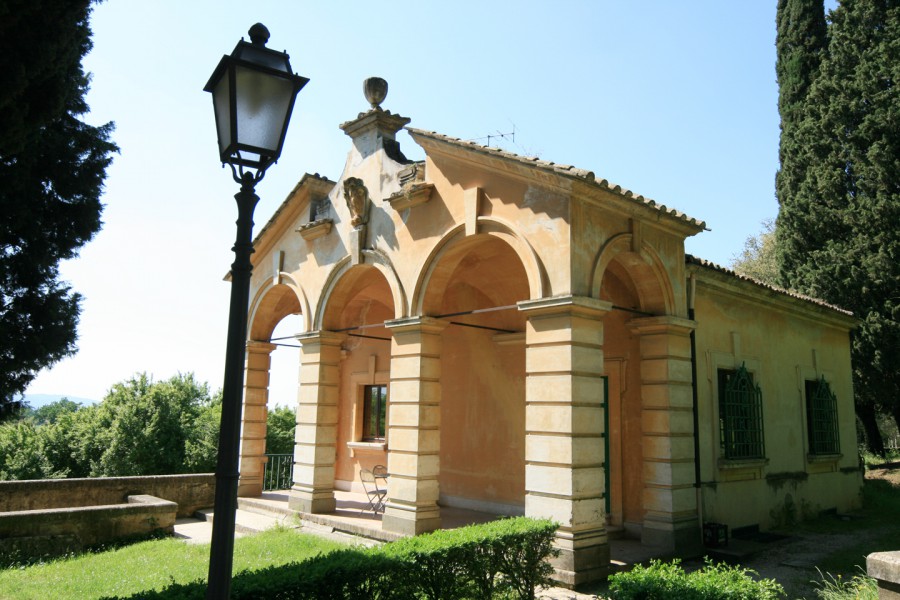 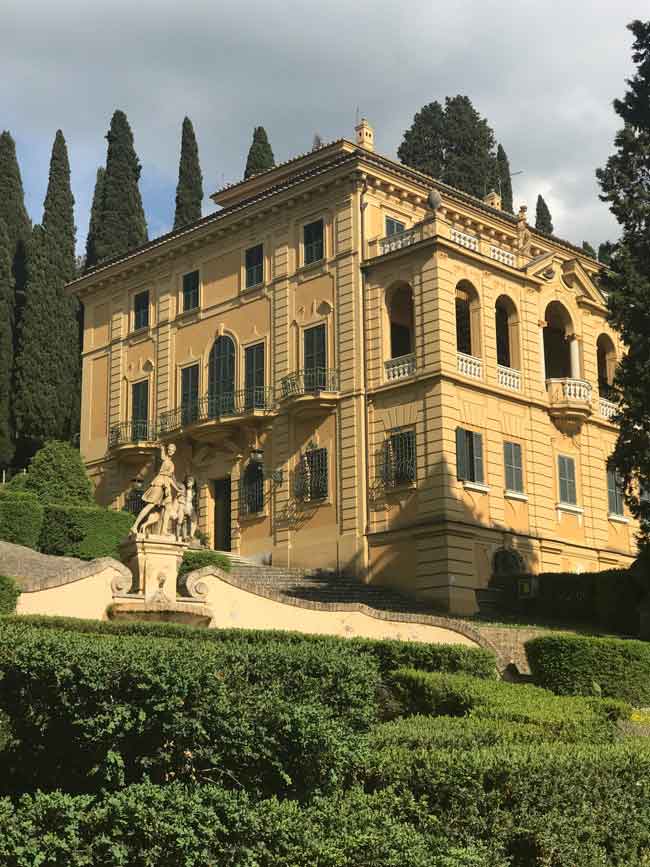