Originally founded by the Umbri, Bevagna became an important Roman town on the plain not far from Montefalco. It is completely surrounded by medieval walls (at a bend in the Timia river, which originally fed the town’s moat) and despite its ancient origins, the town feels very much like a medieval city. Evidence of the Roman past can be found in the splendid marine mosaics in the Roman bath, remnants of a temple, and part of the ancient amphitheater.

Bevagna is justifiably proud of its medieval heritage as evidenced by the annual Gaite celebrations. For 10 days every June the town dresses its streets with quaint shops, stands, and outdoor eateries. And yes, the town’s folk parade the corsi and piazze in costume. There is a series of concerts and medieval inspired events to make it an event worth returning to. It’s lots of fun for the whole family and I’ve even had luck escorting vegetarians and vegans through the maze to find suitable fare.

In addition to the ancient Roman column to one side the gives it’s name to the Bar Colonna beside it, the center piazza, with its beautiful fountain, is the main gathering place in Bevagna. It is bordered by the comune building with an impressive staircase and small opera house within, and three churches, two of which are fine examples of the Italian Romanesque style. My favorite, elegant in its simplicity, is the Romanesque church of San Silvestro (1195). In its starkness all the Romanesque elements are in place — the raised chancel, rounded aspe, and accessible crypt below, and very much worth a visit. Also note the beautiful carved entryway to the church of San Michele Arcangelo across the piazza. After many years of restoration, San Michele was reopened several years ago and is a bit too pristine for my tastes. But it’s still a beautiful space.

The town has numerous restaurants that are really quite good. I’m happy to make reservations for you. A few years ago the town’s butcher opened a restaurant called Scottoditto that serves up wonderful meats grilled over wooden coals, which is to die for. Pair your meat with a Montefalco Rosso and you have a perfect meal. One of the benefits of living next to the world famous Montefalco, home of some great sagrantino wines.

Also, just outside the town proper and on your way back to Bettona, is the charming jewel box of a fortified town called Torre del Colle, with another great restaurant. It is worth the detour for a few minutes to see a perfect little borgo. 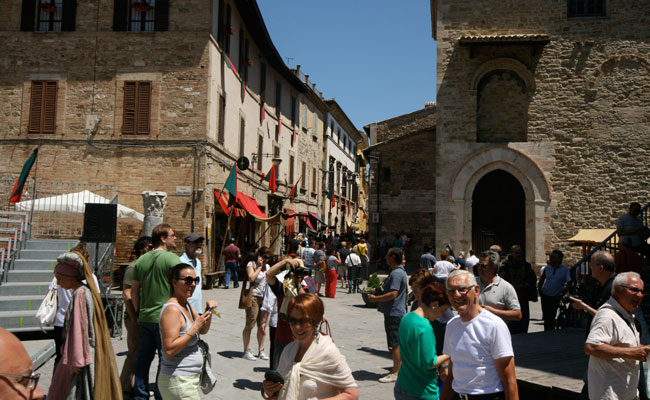 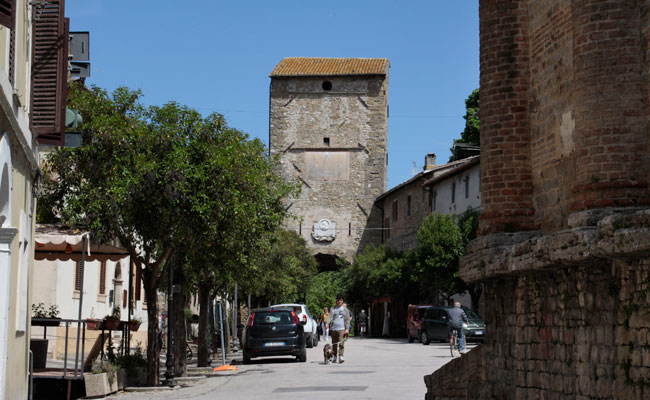 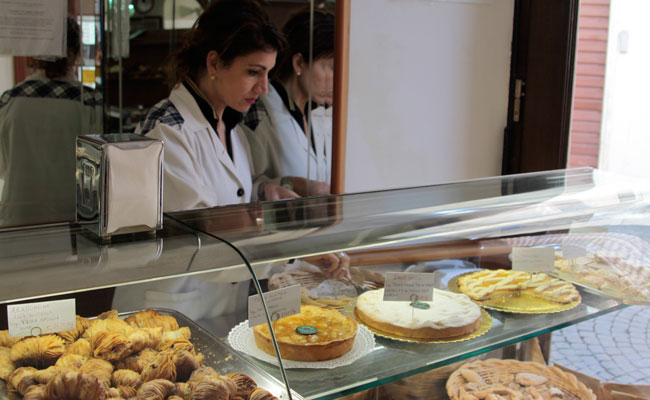 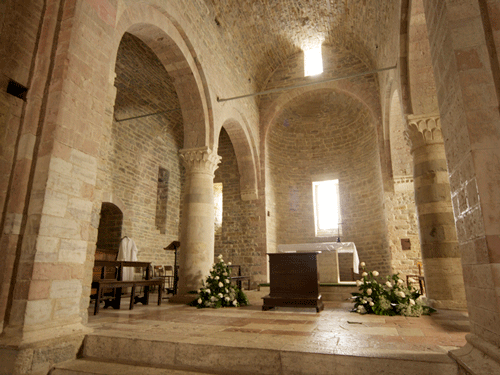 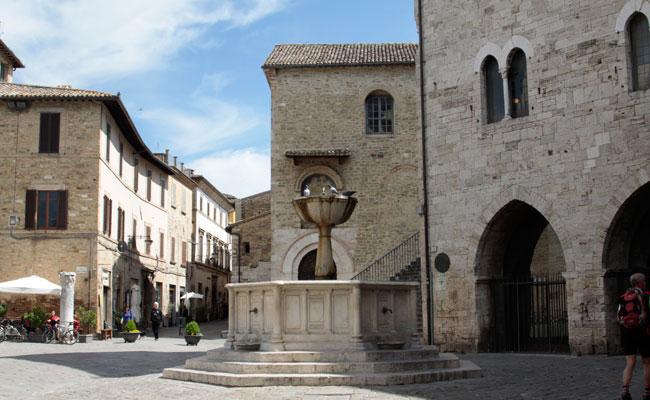 PARKING: There are three main parking areas in Bevagna. The easiest for access from Bettona is just outside the gate called Porta Cannara and is shown on this map. On your handheld, click View larger map for directions. You will have an hour free parking but make sure you set the parking clock on your car.