Rocco is really the best dog and he’s quite at home in his native land. He’s been by my side throughout this Italian adventure and is a very good traveling companion. He loves taking rides in the car to discover new places and often inquires where we’re going next.

While we were visiting the ruins of Carsulae and the Basilica of San Damiano (I have a special affinity for San Damiano because that was my father’s name) Rocco was outside just having a look around enjoying the late summer evening. (He’s not really into organized religion per se. We accept each other’s religious inclinations without judgement so he generally waits patiently while I do what I need to do. He’s really very accommodating.)

Rocco loves this time of year and I often find him lazing around in what’s left of the day’s sun soaking up the heat of the pavement. He was looking off down the Via Flaminia in one of his serious moods when I came upon him. I wondered if he saw something that I, in my limited capacity as a human, did not. Dogs have a sixth sense you know and Rocco, as special as he is, might even have more. Maybe he’s contemplating how rich in history Carsulae is and that he’s glad he finally made it there. (He has own ‘bucket list’ too.) Maybe he’s imagining all the dogs that have passed this way before him and feeling a part of that continuum. He has certainly marked the place enough to symbolically let them know he is one with them. Maybe it was some primal call of the open fields just the other side of the ancient street that intrigued him. He loves nothing more than a good run in an open field with his brother chasing him when the real greyhound in him gets to come out. He can be a bit of a showoff too.

Or maybe he’s just happy to be out and about with his dad. At heart he really is a down to earth – yet introspective – kinda guy who likes to live in the moment, so that’s probably it.

“Can we eat now dad?” He turns and asks. 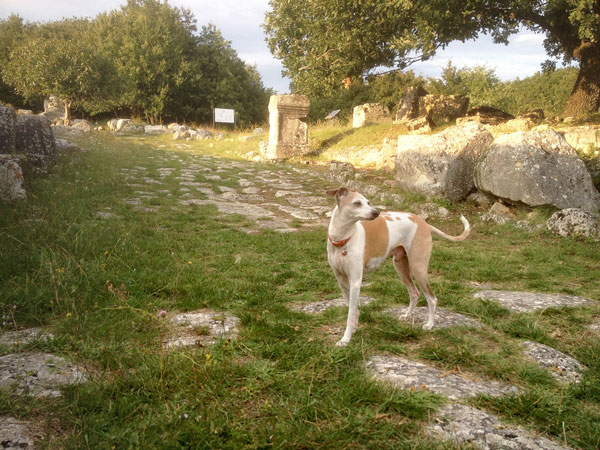 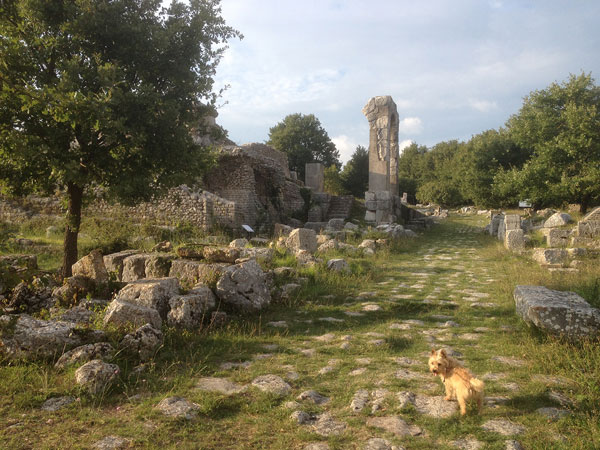 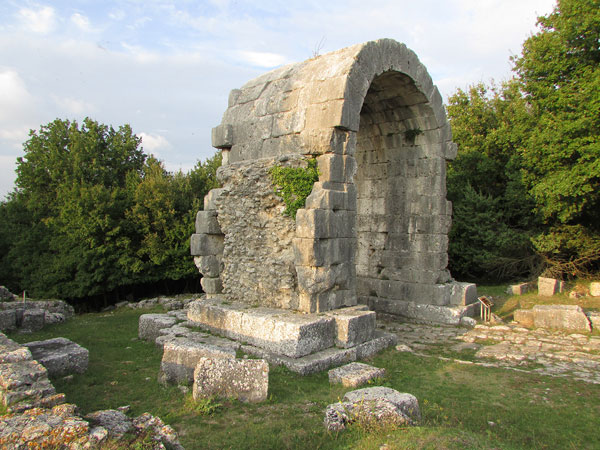 PARKING: There is an 8 minute walk from the parking lot for Carsulae to the entrance. Head for an underpass.  On your handheld, click View larger map for directions.